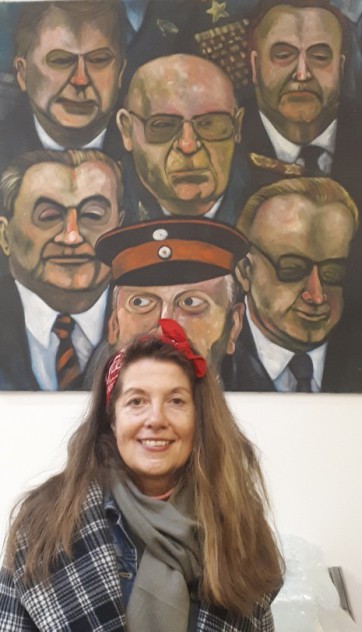 Renate Hammond in her studio In Fürth (Bavaria) in April 2022. 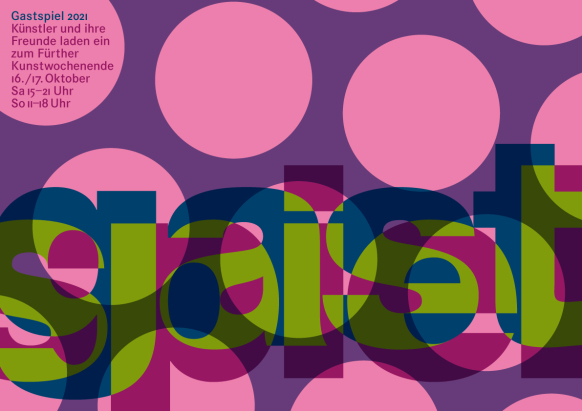 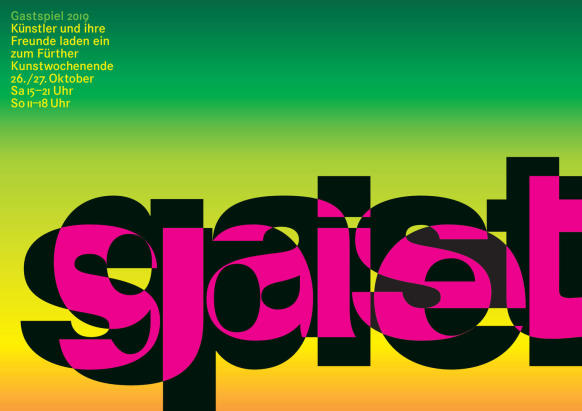 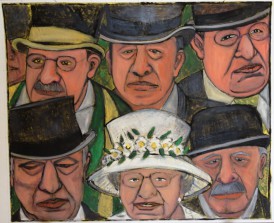 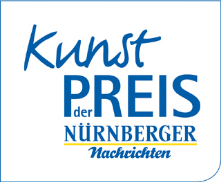 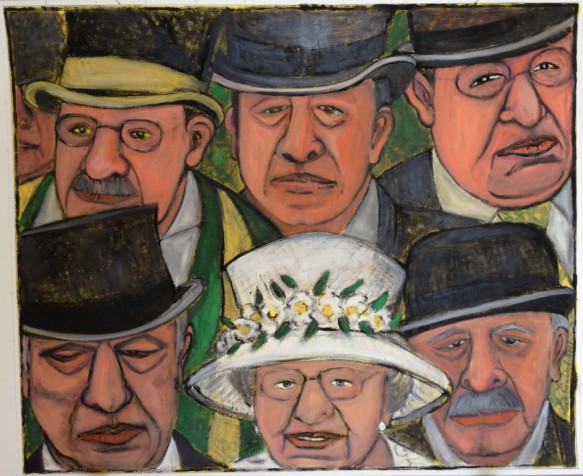 The Bathhouse in the South Seas

" Aufgebrochen " - this is the title of the new exhibition of the Art Society Kulmbach. Seven artists show a section of their broad oeuvre. 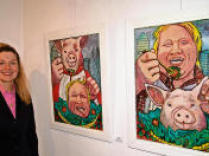 Kulmbach - In the exhibition series "7 from the association" members of the Art Society Kulmbach showing their art in the historic Badhaus and in the Oberen Stadtgalerie until April 3. "Aufgebrochen" is the theme of this year's exhibition and is a colourful and varied insight into the world of art.

On entering the first floor of the Badhaus, one is confronted by the unusual colourful but also provocative paintings of Renate Hammond who, lives in Folkestone, less than a hundred kilometers from central London. "Room for Humour" is her creed and so the content of the oil paintings is partly of biting mockery. The artist was born in Auerbach (Oberpfalz), studied at the Academy of Fine Arts in Nuremberg and started in 1979 in Fürth her first gallery and subsequently worked as a freelance artist and gallery owner. She has been living in England since the year 2000.

Her works are characterised by strong, almost garish colours. "Otto Dix was my role model even as I was studying " she revealed. Her images often contain irony, nasty satire and biting social criticism. Two adjacent hanging works show a person eating a pig's head, and a pig consuming a human head. It was London that inspired her to paint these two images, the city's super rich, in the reigns of capitalism, she revealed.

Renate Hammond not only paints humorous pictures, she also buys them and has already put together a nice collection, she says. Her goal is to open in London a private museum with the theme "Room for Humour". 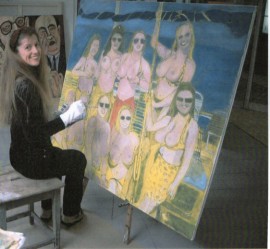 Before moving to England in 2000 Renate Hammond lived in Germany, being both an artist and organiser of art exhibitions. She lives and works in Dover, Kent. [more...] 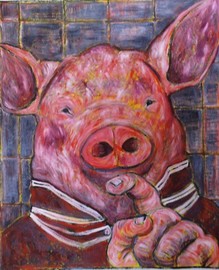 Renate Hammond's work shows life satirically and has its roots in the tradition of German painters like Beckmann, Dix and Grosz. [more...]

Renate Hammond is founder of www.roomforhumour.com, a visual arts project specialising in the representation of humour in contemporary art. [more…]

Renate Hammond is represented by